Do Professional Examinations Have to Be Hard to Be Valuable? 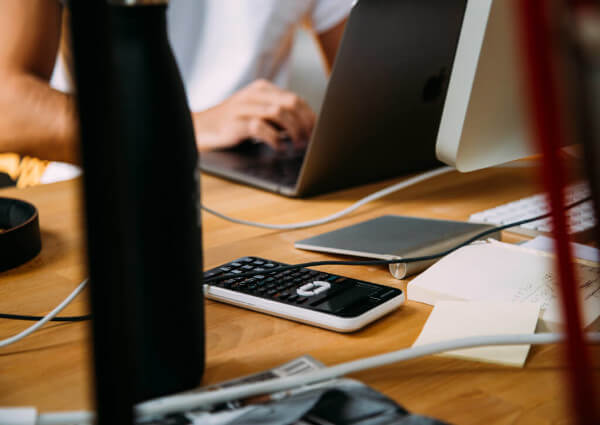 The other day, a reader sent us this Bloomberg Opinion piece on the CFA exam with a quick note attached:

Imagine the original article where “CFA” is replaced with “CPA”

The article’s title? Wall Street’s CFA Program Is a Colossal Waste of Time

It starts off by informing us that the “notoriously difficult” Chartered Financial Analyst exam pass rate is currently at a record low of 25% for the Level 1 exam. In an editor’s note at the top, we find out that The CFA Institute reached out to Bloomberg to let them know that the Level 3 exam is only slightly better at 39%, also a new low. Historical pass rates going back to 1963 are here, and should you investigate further, you’ll see they dipped below 50% in 1994 and have been on a downward trajectory ever since.

The CFA is not a license to practice so comparing it to the CPA exam isn’t exactly an apples-to-apples situation; however, like the CPA, having passed it signals to the rest of the world that you know at least a bit about certain things. And also like the CPA, there is a bit of professional street cred awarded to those who endure the process; it isn’t so much about what you know but rather are you determined enough to prove it?

Old-timers love to brag about how hard they had it walking uphill both ways in the snow to the giant stadium where hundreds of aspiring CPAs were crammed in like hurricane victims for a grueling days-long exam process and they didn’t even get calculators. THE HORROR.

In case you think I’m exaggerating, here’s a 2004 letter to the editor published in the Journal of Accountancy that proves my point:

Exam Shouldn’t Be Too Easy

The number of JofA articles lately concerning the new format for the CPA exam has been overwhelming. Who are you trying to convert? The remaining big four CPA firms may need cheap labor for the daily tasks of auditing, but what about us, the self-employed CPAs, trusted by our clients, good business advisers and the backbone of our profession—what is our opinion?

Here is mine—becoming a CPA is not easy and never should be easy. I sat for the exam on a hard chair in a cattle barn on the Indiana State Fair Grounds in 1984 for 2 1/2 days without a calculator. I wanted very much to be a CPA. I knew there would be long hours in public accounting and that I would be required to spend my own time continuing to educate myself on various issues.

I do not agree with the easy way out for the exam. Our profession needs to get harder on our members to uphold our standards, not make the exam “a piece of cake” (in pieces, by the way) to pass.

“A cattle barn” is a new one to me. Usually it’s a darkened warehouse or a football field or a shed on Guantanomo Bay or something. But the sentiment is the same: “kids these days have it too easy and because I had it hard then everyone else should, too.” In other words, old-timers tend to calculate the credential’s value based on how difficult it was for them to obtain it and not the knowledge they had to possess to do so.

Mind you the above screed was around the time they computerized the CPA exam, back in the dark ages when we barely had internet much less the entire internet in our pockets like we do nowadays. The last paper-and-pencil exam was administered in November 2003 and people who crammed into cattle barns any time prior to that have been complaining about how easy kids these days have it ever since.

OK, back to the CFA. That similar mentality of the exam not as a test of knowledge but rather a test of your dedication to proving said knowledge is alive and well in that little corner of the world just as it is in ours.

Tell me if this bit sounds familiar:

Many CFAs say the value in the designation is a product of the time and effort that went into it, and that it shows they are committed to the profession. That sounds a bit like the labor theory of value to me. I never got the impression that non-CFAs were any less committed than CFAs. I took and passed the Level 1 exam in 2002, having just graduated from an MBA program. I then took Level 2 in 2003, but I was going through a great deal of personal turmoil and failed. At that point I decided that as a trader, I didn’t need it and it wasn’t worth the effort. I don’t regret the decision.

I realized when I was studying for the exams that I wasn’t really learning the material; I was just learning how to pass a test. I honestly don’t remember a single thing I learned from the CFA program. On the other hand, I got a great deal out of my MBA program, which was an immersive experience, with in-person classes, guest lectures and study groups. My MBA is still paying dividends. The CFA Institute has, whether intentionally or not, euthanized the MBA. On Wall Street, the CFA is held in much higher regard, which is too bad because the MBA degree (or other graduate programs) produce more well-rounded and thoughtful employees.

All this to say … why isn’t raw knowledge enough? Why is it so important to run people through a gauntlet worthy of American Gladiators (remember them?) so they can prove their worthiness of a career that, by all accounts, is in desperate need of fresh blood? Why is “ability to get your ass kicked” a valuable trait we look for in our future capital markets servants?

You know what, don’t answer that last question. I know why.

The post Do Professional Examinations Have to Be Hard to Be Valuable? appeared first on Going Concern.

Did you miss our previous article…
https://www.accounting4quickbooks.com/?p=515