Friday Footnotes: Deloitte Complains Its Way to a Contract; Deficiencies Abound; Beyond the Windowless Audit Room | 10.22.21 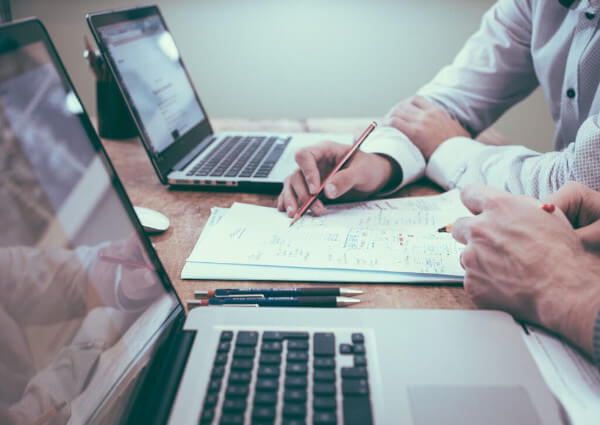 How CPAs can rise above a polarized political climate [Journal of Accountancy] Aside from being prepared for these possible changes, [Publisher and editor-in-chief of The Cook Political Report Amy] Walter recommends that CPAs break away from the polarization that has made each side feel like an election is an existential fight for the real America. To de-escalate the polarization, she suggests it’s best to avoid social media and cable news because, she said, those platforms follow algorithms and business models that are designed to stoke outrage on both sides of the political aisle rather than promote understanding of people’s differences. “You want to be able to break out of these bubbles that in many ways have been curated for you,” Walter said. “Even if you’re trying to stay above it all — ‘I want to sell my services to everybody. I don’t want to get stuck in this cycle’ — it is hard to do when there are business models and algorithms that are designed exactly to do that [create division].”

Audit Sight takes on new capital to eliminate all of the back and forth between auditors, companies [TechCrunch] T.C. Whittaker, co-founder and CEO of Audit Sight, says companies can spend millions of dollars per year on these audits, but the customer experience is lacking. He recalls doing audit work from a windowless room, punching numbers into a spreadsheet while he was working for PwC. “It was really painful,” he told TechCrunch. “They have to show all of the details, and out of that, the auditor will make some selections and there is a crazy back-and-forth with the client who is also trying to do their day job. Even back then, I was thinking there had to be a better way to do this.”

Deloitte protest leads to seat on $250M Navy program [Washington Technology] Deloitte Consulting’s protest of a $250 million Navy contract to modernize management of its weapons and ordinance supply chain has paid off. The Navy added Deloitte as an awardee alongside three other companies that were the original winners: McKinsey & Co., BCG Federal and Grant Thornton. After the first awards, Deloitte filed its protest challenging the evaluation process the Navy used.

Accounting for Climate Change [Harvard Business Review] We propose that companies tackle ESG reporting in a more targeted and auditable way. They should first develop specific and objective metrics for the most important and immediate ESG problems, rather than produce catchall reports that are often made up of inaccurate, unverifiable, and contradictory data. GHG emissions are the ideal starting point for such an approach. They represent the most immediate danger to the planet, and they are among the easiest of ESG items to reliably measure and interpret.

Accountant shortage puts crunch on hiring [Indianapolis Business Journal] As president and CEO of the Indiana CPA Society, Courtney Kincaid spends a lot of time promoting the merits of an accounting career. “It’s a great profession and it offers so much opportunity.” At the same time, Kincaid acknowledges that accounting has an image problem. It’s often perceived as boring. “Doctors and lawyers, there’s whole [television] shows about them,” she said. “We don’t have a CPA hour-long drama on Thursdays.”

The $10,000 IRS Tax Dragnet [WSJ Opinion] This week Senate Democrats backed by the Biden Treasury released a revised proposal that raises the threshold for financial institutions to report to the IRS on individual accounts to $10,000 from the previously mooted $600. The proposal also tries to dodge the charge of snooping on Everyman by exempting wage income from “certain payroll companies” and Social Security checks.

Photo by Önder Örtel from Pexels

The post Friday Footnotes: Deloitte Complains Its Way to a Contract; Deficiencies Abound; Beyond the Windowless Audit Room | 10.22.21 appeared first on Going Concern.