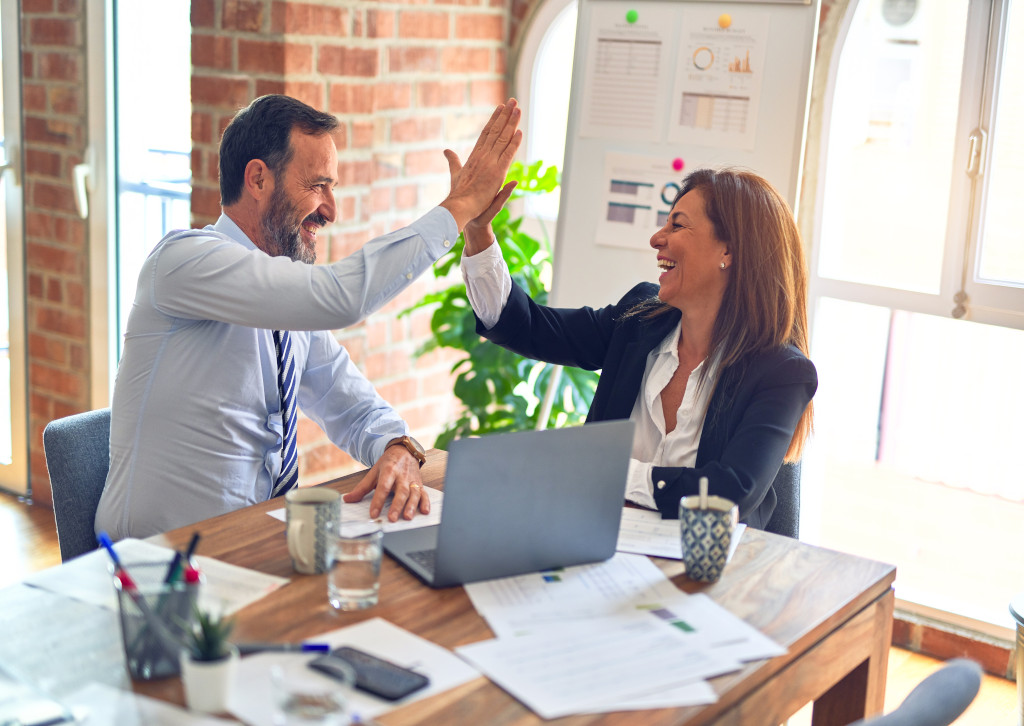 We here at Going Concern have never been enthusiastic fans of buzzwords. Whether they’re cluttering up your LinkedIn profile or awkwardly littering a Big 4 Twitter account, our tolerance level for buzzwords is a steady nil at all times.

That intolerance may be changing now as we continue the journey forward into the accelerating Great Resignation. I dunno, something about seeing giant corporations struggle to find and secure talent makes our steely hearts melt. Somehow buzzwords are more tolerable when the tables are turned and there’s a name for screwing over The Man.

On that topic, I came across this BBC Worklife article today and thought it worth sharing. As you read it, you will probably recognize the story:

It’s been years since I last quit a job, but I remember it well. When our boss announced abruptly that she was leaving our small non-profit, the meeting room was full of shocked, unhappy expressions. She’d transformed the organisation into a more efficient yet inspiring place to work, and we were all sorry to see her go.

Soon after the arrival of her successor – who had a very different style – I resigned as well. My closest colleague followed suit a week later. Another colleague left as soon as she had another job lined up. This meant that nearly half the employees had left in the span of a few months.

This type of mass departure – which management experts dub ‘turnover contagion’ – is all too common. It can involve multiple employees independently reacting to the same change in personnel in policy (like the fashion subscription company that lost one-third of its stylists after scrapping its flexible-work policy). But there’s also a powerful psychological effect of seeing your peers leave, which can motivate you to start wondering if the grass is greener on their side.

The phrase may be new to everyone but management experts, but the idea isn’t. Behavioral contagion has long been documented in individuals exposed to suicidal behavior just as an example. We are, after all, social creatures. And given how important “culture fit” is to the public accounting ecosystem, there’s a special kind of bonding that happens for the individuals of a similar mindset gathered together to perform fairly homogenized work. Meaning one would imagine that the risk of turnover contagion is even greater in public accounting than in an industry full of creative types where weirdos on the team are constantly disrupting the status quo and doing wild things like walking out of their job because they just don’t feel like doing it anymore (like mine).

“It’s like in the wildlife documentaries, where a herd of water buffalo will bunch up at the edge of a river they are collectively considering crossing. They’ll wait for a few brave ones to jump in and make it across before doing so themselves,” says Will Felps, a management professor at the University of New South Wales in Sydney.

Check these guys out. This is all of you leaving Big 4 firms right now. Picture yourself writing your resignation email with that banger track playing in the background.

Yes I’m aware wildebeests and water buffalo are not the same thing, but the concept is the same.

Back to the Worklife article. Again, all of this is going to look eerily familiar to most of you:

These social cues are especially strong when the water buffalo – or colleague – is a leader, work buddy or counterpart. People in ‘structurally equivalent’ roles are often influenced by each other: “If you notice that somebody in the same job is leaving, you may not know them personally, but if they’re in the same role as you are, that might be contagious,” says Peter Hom, a management professor at Arizona State University, US.

OH. So, like, a workplace where everyone at a certain level has the exact same title? Hmm:

The social signal is intensified if the exiting employee is openly criticising the workplace, or bragging about a new prospect. A demoralised, unstable, fragmented workforce is one that’s likely to be looking around for new opportunities.

The article suggests employers resist the urge to prevent employees from discussing their exit plans with colleagues to try and stem the tide of a turnover contagion spreading through the office, tempting as that may be. It does however offer a shocking suggestion that — surprise! — we’ve been yammering about for years.

“The most obvious ways to build up barriers to leaving include financially and symbolically expressing your appreciation for employees’ remarkable efforts during this difficult time. And while pay increases might cut into profit margins in the short run, I would predict that it is better than risking the kinds of implosions that can happen when turnover contagion gets out of control,” says our water buffalo-loving friend Will Felps.

Expect firm-branded fleece vests and virtual pizza parties on the horizon, my friends!

The post TIL There’s Something Called ‘Turnover Contagion’ and It’s Probably Happening At Your Firm Right Now appeared first on Going Concern.

Did you miss our previous article…
https://www.accounting4quickbooks.com/?p=161